I think that, from a biological standpoint, human life almost reads like a poem. It has its>One should be able to sense the beauty>No one can say that life with childhood, manhood and old age is not a beautiful arrangement; the day has its morning, noon and sunset, and the year has its seasons, and it is good that it is so. There is no good or bad in life, except what is good according to its own season. And if we take this biological view of life and try to live according to the seasons, no one but a conceited fool or an impossible idealist can deny that human life can be lived like a poem. Shakespeare has expressed this idea more graphically in his passage about the seven stages of life, and a good many Chinese writers have said about the same thing. It is curious that Shakespeare was never very religious, or very much concerned with religion. I think this was his greatness; he took human life largely as it was, and intruded himself as little upon the general scheme of things as he did upon the characters of his plays. Shakespeare was like Nature itself, and that is the greatest compliment we can pay to a writer or thinker. He merely lived, observed life and went away. 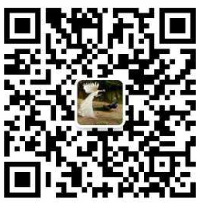